On Sunday, Progress Chukwuyem emerged as this season’s winner of the singing contest, the Nigerian Idol.

He beat his closest competitor, Zadok, to win the grand prize.

Below are some things you should know about him: 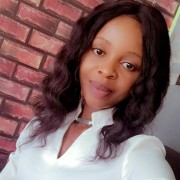 Nigeria Did Not Endorse The OECD Minimum Corporate Tax Agreement In The Country’s Best Interest - FIRS.